A downloadable Visual Novel for Windows, macOS, Linux, and Android

"Too much, too soon, or was that simply my excuse?"

Our Protagonist (Rainn Nichols) has just moved to New York with her mother after her father vanished into thin air. Left with little more than a paycheck to live on and a broken down truck to move them around, our protagonist is uprooted from her home and now ex-boyfriend, forced to live in a motel on the wrong side of the Big Apple. This is where she meets our other protagonist (Logan Knox), the red-haired guitarist and founding member of the virtually unknown instrumental metalcore band, We Were Just Kids. Made up of himself, bassist Jason Butler, and drummer Reagan Lee. What begins as our protagonist joining the band on the fly for a school talent show swiftly evolves into the quartet being thrusted into a spotlight of sex , drugs, music, fame, love, and perhaps death.

Not everything is as it seems on the surface. The corruption of music, the lack of balance in the industry's power dynamic, and the temptations of stardom all test the unity of the band as past relationships come back to haunt our protagonists. Can they handle the heat of the spotlight, or the pressure of sudden fame? Can our protagonists operate through the weeds? Or will they crumble like the many before them?

Windows/Linux and Mac are pretty self-explanatory. Those on Android follow below:

Archives on older phone's seem to crash when installing larger Ren'py games. Easy enough solution, provided you have a file explorer. Download the .apk > DON'T install via the notification panel, but open your file explorer > go to download directory on your phone > hit the apk and install it there > Proft. Contact me wherever you can if you need any help. :)

I've already wrote a rating on here but I'm going to write a comment too. Try and rate this AVN! Is one of the best project out there and it's not getting enough attention.

If you can, go support it!

May I suggest to the dev to setup a Steam page? It's good for the visibility.

Thanks and keep it up!

Oh, wow. Got a bunch of comments that Itch decided not to notify me of. First and foremost, thank you for the kind words. <3

As for Steam, it's a plan. I'm currently reworking some earlier parts of the VN, specifically renders, for this reason. Aside from just improved render quality, there's some copyrighted content mixed in there (posters, shirts, etc.). Along with Steam being pretty strict with school stuff, which I'm changing to look more college-esque. It should be on there eventually. :)

Not currently, but soon.

Art- Honestly, it's immaculate. I LOVE the design of the MC as well as the other female characters.

Choices- Im impressed with them as well. You let us choose who we have a sexual/relationship interests in, as well as allowing us some female choices (my preference).

Story- From what I've seen so far the stories EXTREMELY detailed, and well written. I'm glad you don't give the main plot away right at the beginning as well. Switching between timeliness and characters is quite confusing though. I'd preferably would like to stick to the MCs POV.

Can't wait for the next update, you're doing amazing.

Could the android app get the "We Were Just Kids" logo for the icon instead of the Ren'Py logo?

I'm not dumb enough to not be able to find the game,  it's just aesthetics

I'll see what I can throw together. :)

I can't believe a gem like this slipped my radar - seriously REALLY great writing & artistry! There's not many female protagonist games like this around, so to have one with such detailed characters & a great plot is nothing short of amazing - not to mention the badass tunes to go along with it. I'm completely hooked on Luke (the ex) & James, and I'm entirely entranced with what will happen next with them and Rainn. Following & looking forward to the next release! Definitely have a new fan <3

Thank you for the kind words! :)

Why is it getting removed? It's hot as fuck...

Just sort of unrealistic and comes off contrived. It's not being outright removed, just changed in a way that allows character and relationship progression to happen more naturally.

Sorry about that, meant to come over here and post the new links for the update, but had a work emergency pop up. Will try to get Butler going as well at some point.

Heya! I just wanted to drop by to say a few things. The game has been gorgeous both visual-wise and story-wise. I'm loving it so far, there's just been a small issue. Characters keep referencing things that I didn't do with them, Reagen brings up the things we did in the park when I chickened out of the dare, Logan's friend referencing stuff we did during the movie when I turned her down and so on, you get the gist. Other than that I'm having a great time!

First and foremost, thanks! Much appreciated and glad you enjoyed it.

I'm aware of the issue(s). I believe I've got it fixed (appears to have been an oversight on my part.). Will have to go through a couple playthroughs to confirm it, but hopefully it's all good by 0.3.

Don't stop. The story telling, the attention to detail, the raw gut wrenching reality of this shit. Dude.

Just wanna point out, I noticed the disclaimer at the very start of the game about music/lyrics in the game, and I've got an idea why your mega went down

I think it's bullshit, personally, and so does Rick Beato [Producer for Shinedown], who makes the same statement about giving great music exposure, that otherwise is largely forgotten and quickly fading, and then getting fucking hammered for it. License fees are abyssmally absurd for people doing small projects with no guarantee of profit, like all those kids on YouTube just wanting to cover their favorite songs like you could at your high-school talent show.

But anyway... That's probably what that shit is about.

Mega link for android is broken :(

I'm aware, some twat seemed to have reported it and it seems I have myself an IP ban of some sort. Trying to get it worked out. Here are some mirrors. :)

ah fair enough. Thanks for the reply, and keep up the great work!

when are you updating?

Sorry for the late response. Must've missed the notification. :)

That said, I don't really want to give an exact date on when updates come because I probably won't be exact with it. It shouldn't be very long, however. If you'd like to stay updated on it, progress reports are free on Patreon.

How does the protagonist system work? Do you get to choose who to play as or does it just play them both automatically?

Automatically.. Plus you control another dude named Luke (the purple haired guy) for some reason

To answer your original question, it is automatic. It switches as the story dictates, though I try to avoid needlessly head-hopping.

Just to clear up something Starset wrote, Luke (the female protagonists ex) is not a character you control, which I admittedly made him seem like by giving him a choice. It could've been better implemented. Aside from the main male and female protagonists, the rest of VN was supposed to take on a third person omniscient POV for the other characters, while the protagonists took on something of a pseudo third-person limited.

Without spoiling too much, Luke is connected to something revealed at the end of this first release, and thus the female protagonist (Rainn). The choice made with Luke directly affects whether he has a chance to get back together with the female protagonist (player/viewers choice, of course.) or not. The reason maybe be obvious to some.

I felt it was necessary to make the connection early, so I didn't have to infodump on everyone later on. That being said, Luke won't be appearing again for some time as it's currently a side story to the main storyline (but will eventually become one of many conflicts.). Hope that clears everything up for you (and anyone possibly reading.). :)

TL;DR: It is automatic and Luke is not a playable protagonist.

This game sounds so fucking awesome, the whole rockstar thing.. It's just a pity the MC is a fucking female..so unfortunately I'll have to pass on this shit

Sometimes us females like ‘this shit’ too and don’t always wanna play a mediocre male. :3

Fair enough.. I have nothing against female protagonists tho, just not in *this* genre of games.. With all the lewd stuff I mean

... What? Are you telling me you wouldn't like to get into the mind of our prey? Wtf is wrong with you bruh...

cant download the game on mega for some reason.

I'm downloading it fine myself. I'm not sure what system you're on, but here's a mediafire link for PC/MAC/Android. Let me know if there's a mirror you'd prefer. :)

Thanks dude. If i like it, ill be a patreon. 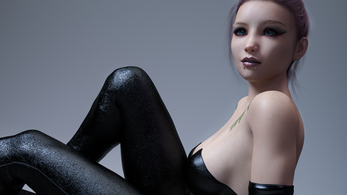 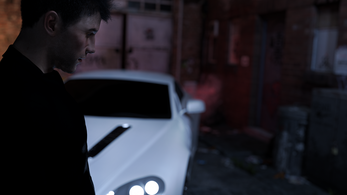 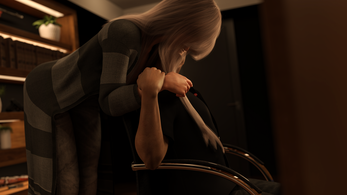 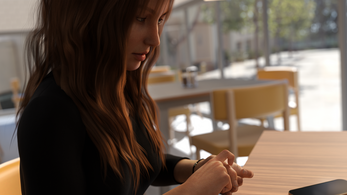 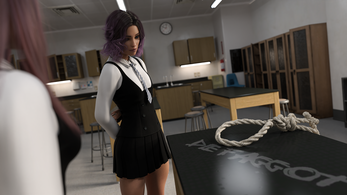 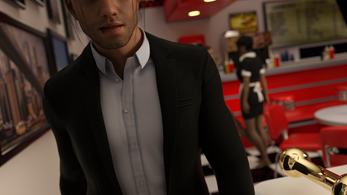 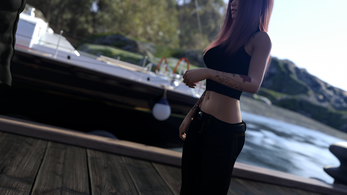